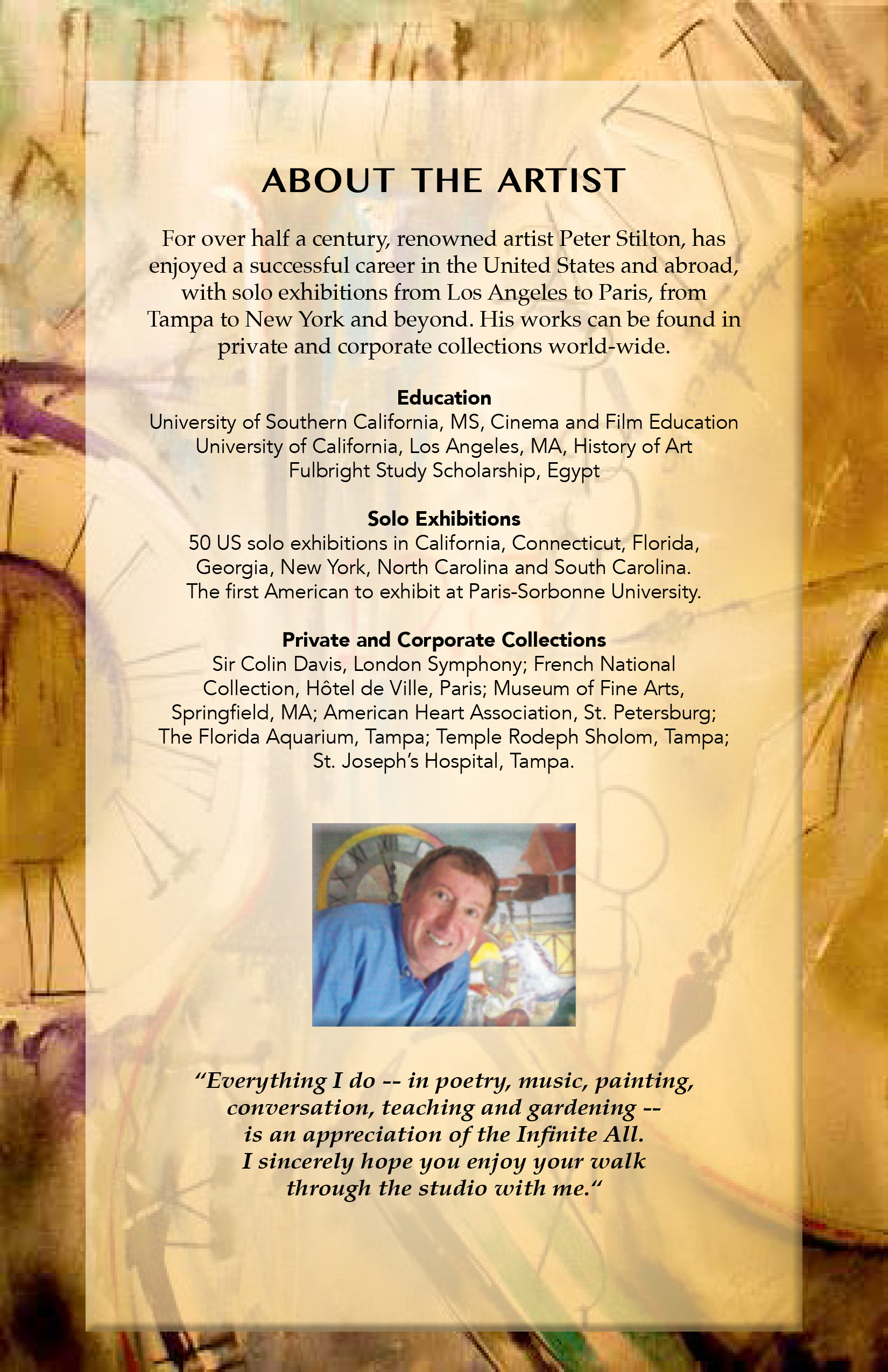 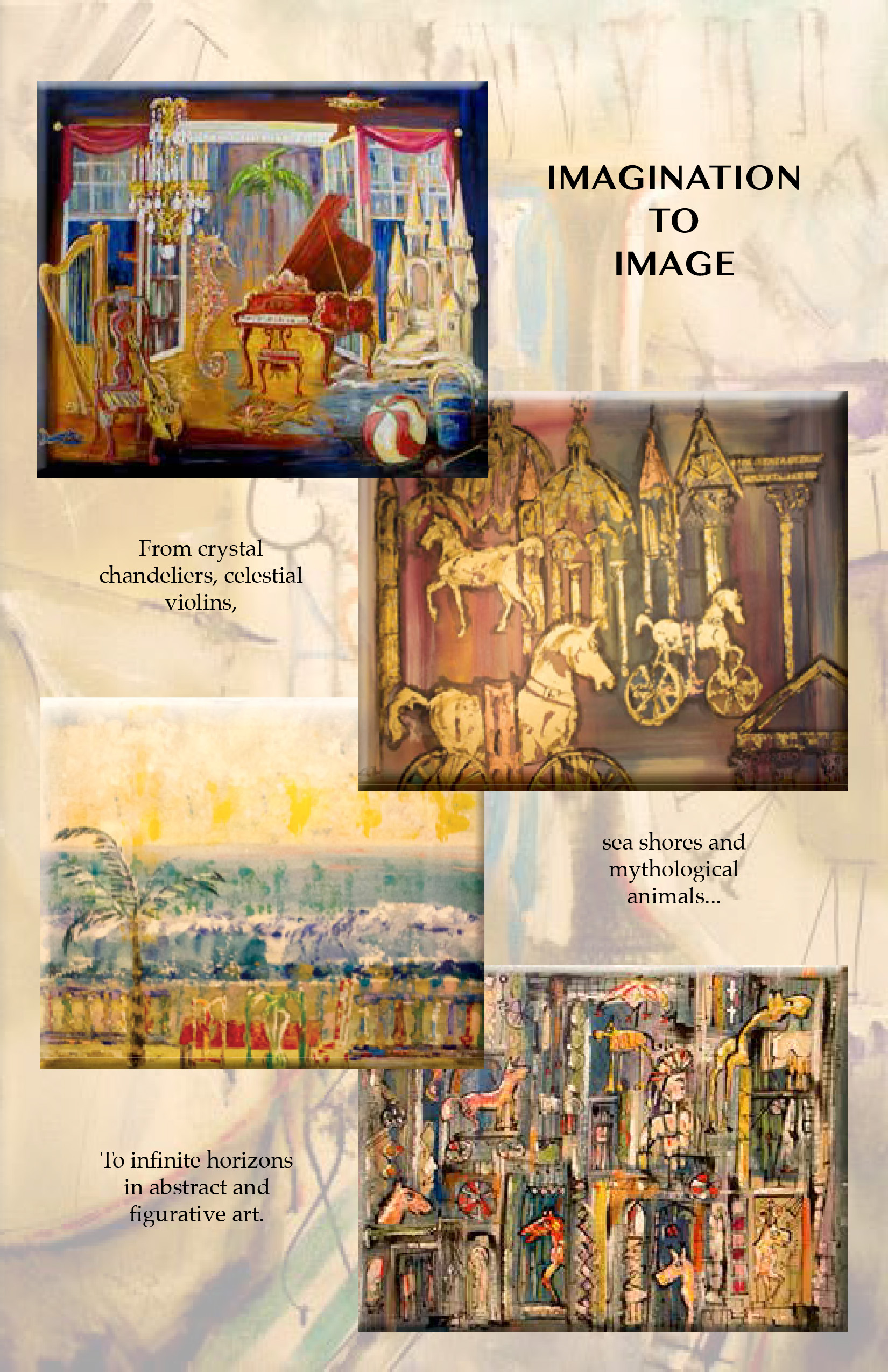 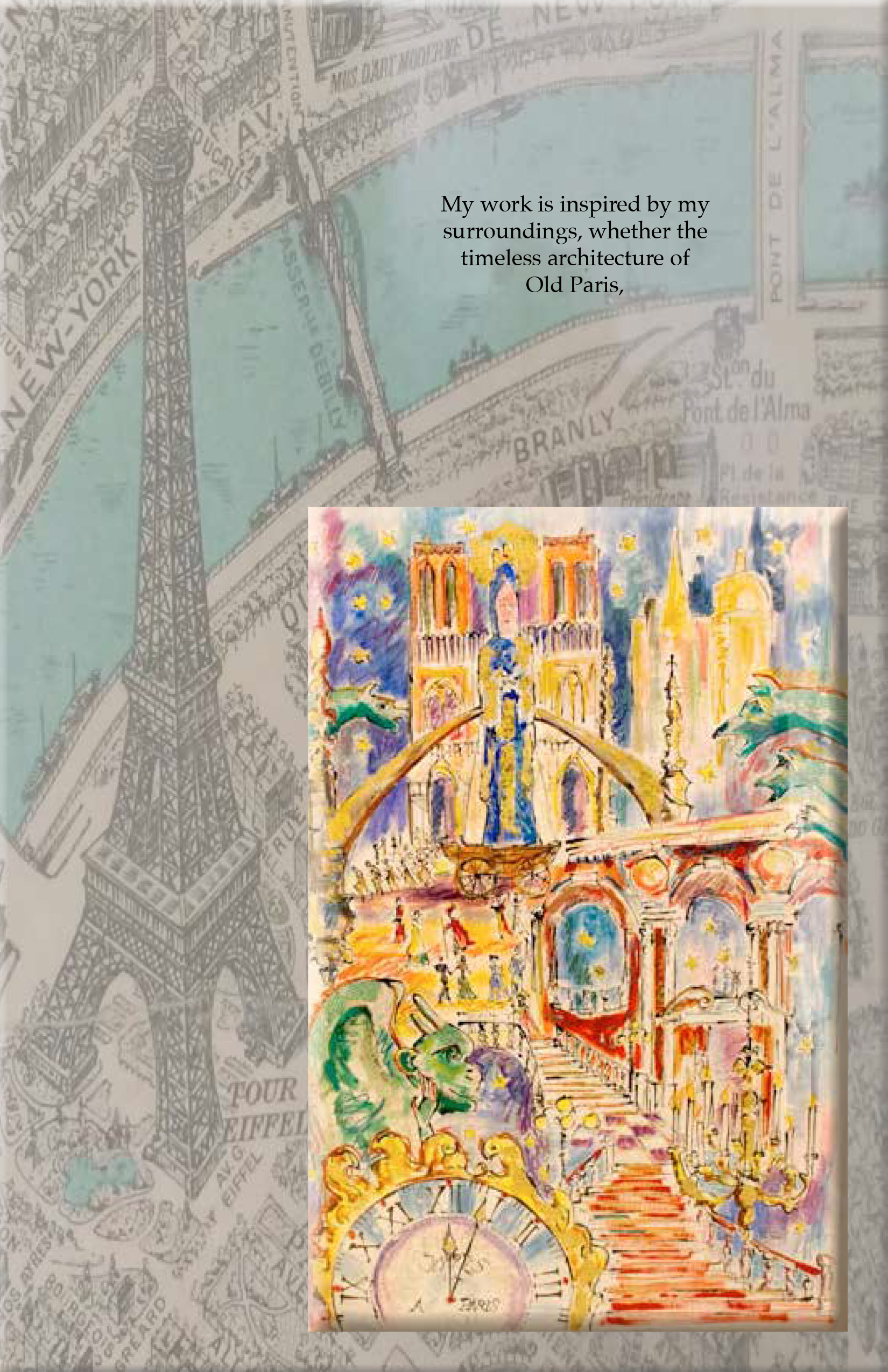 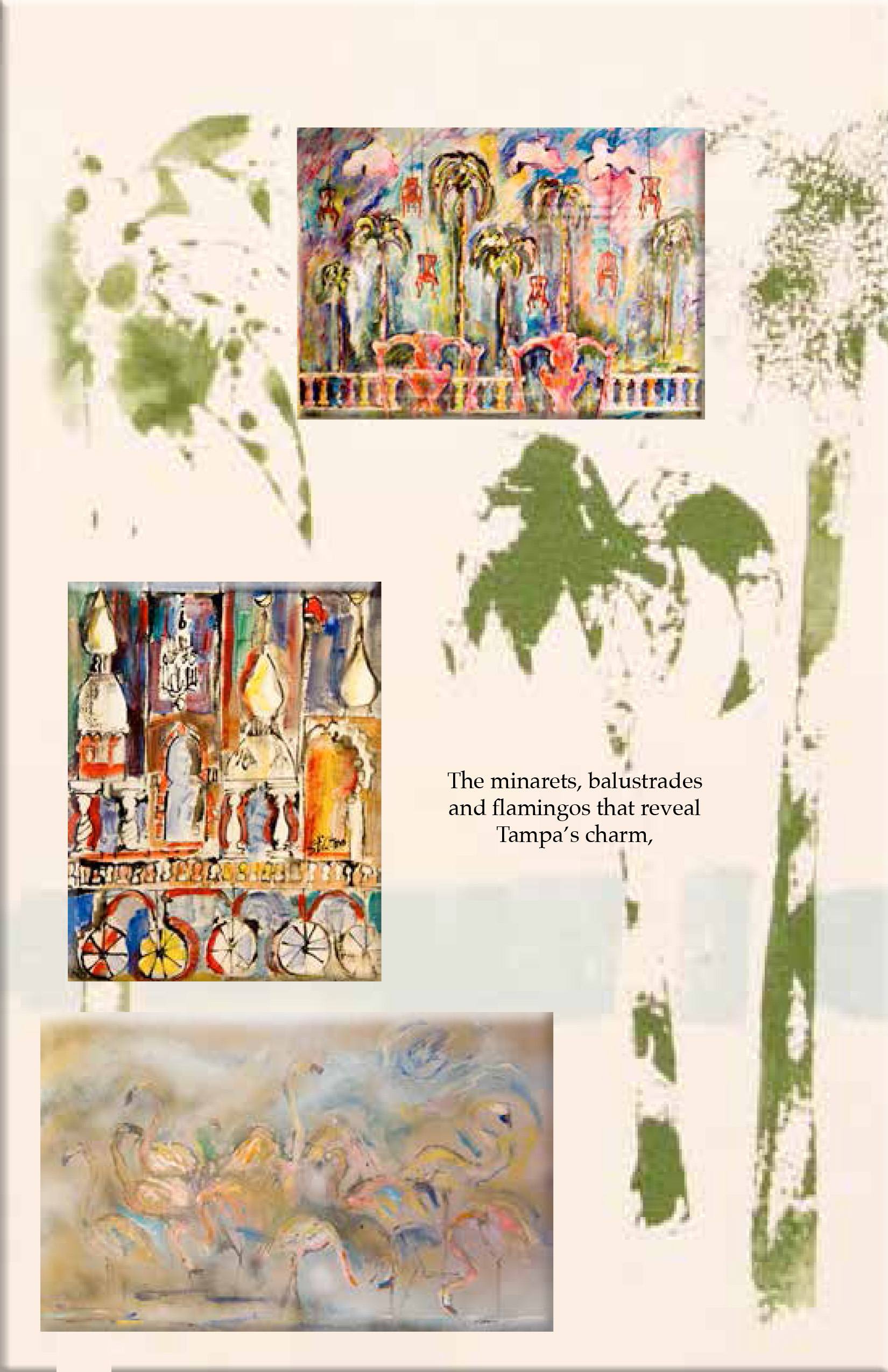 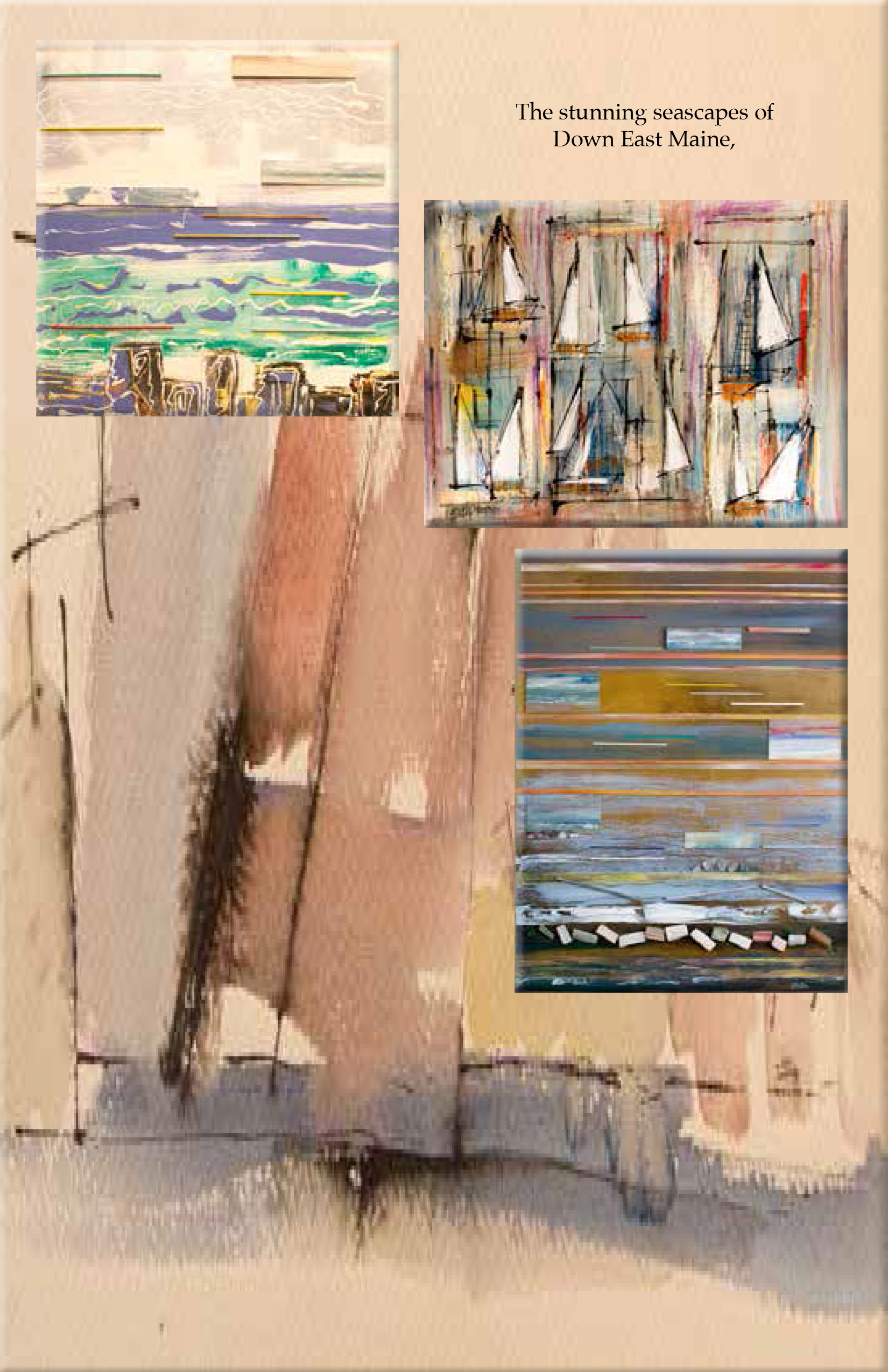 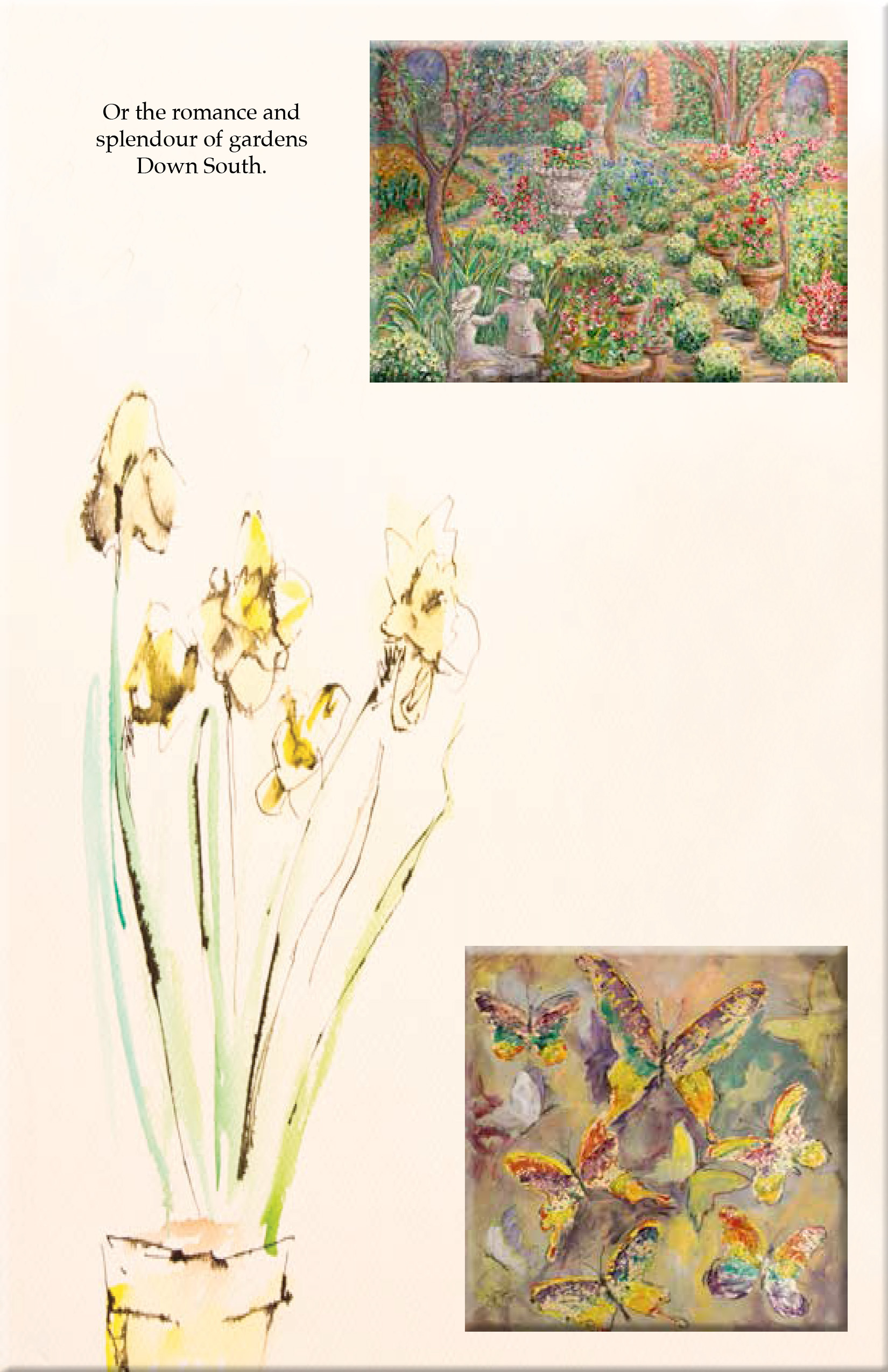 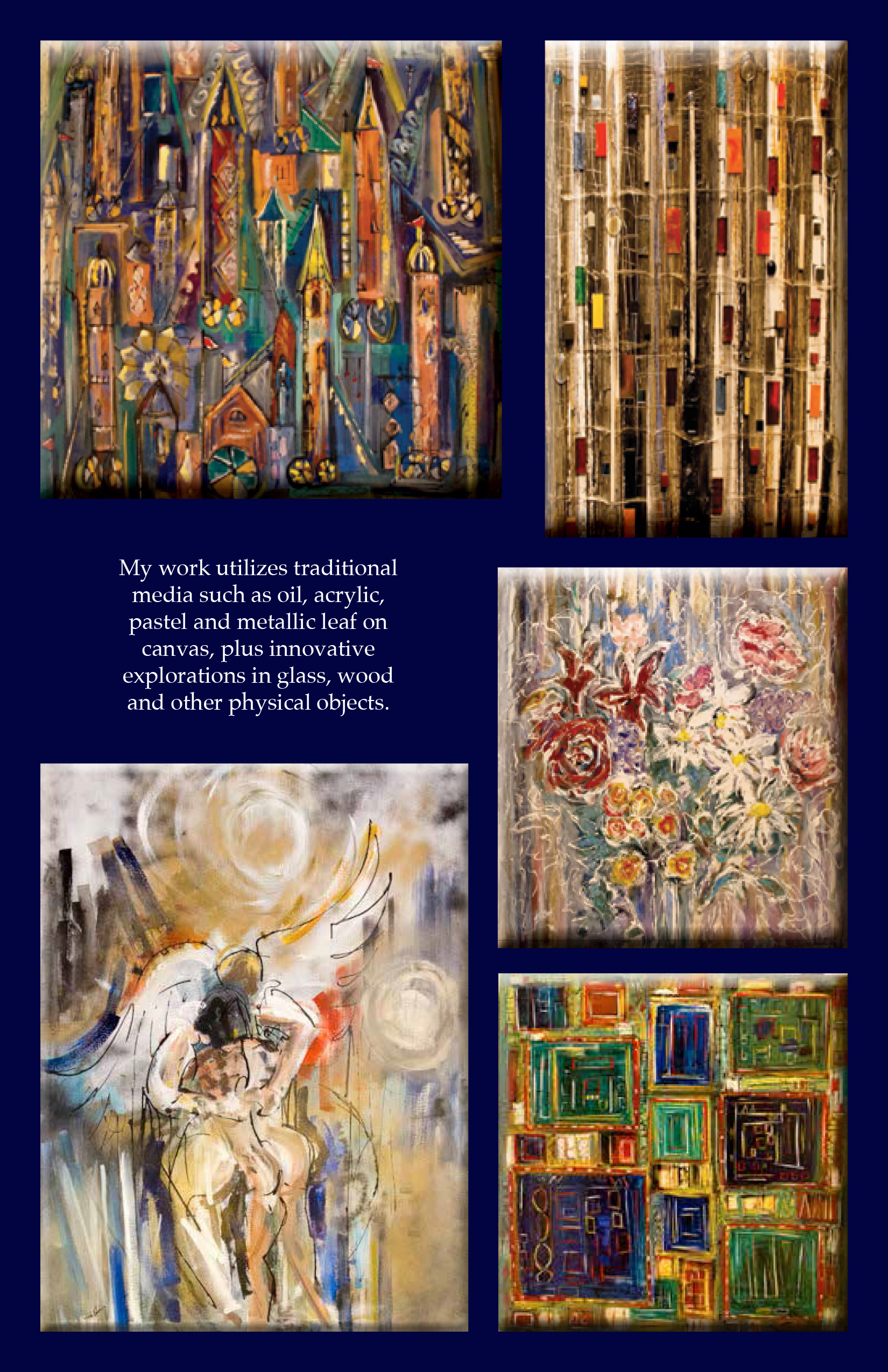 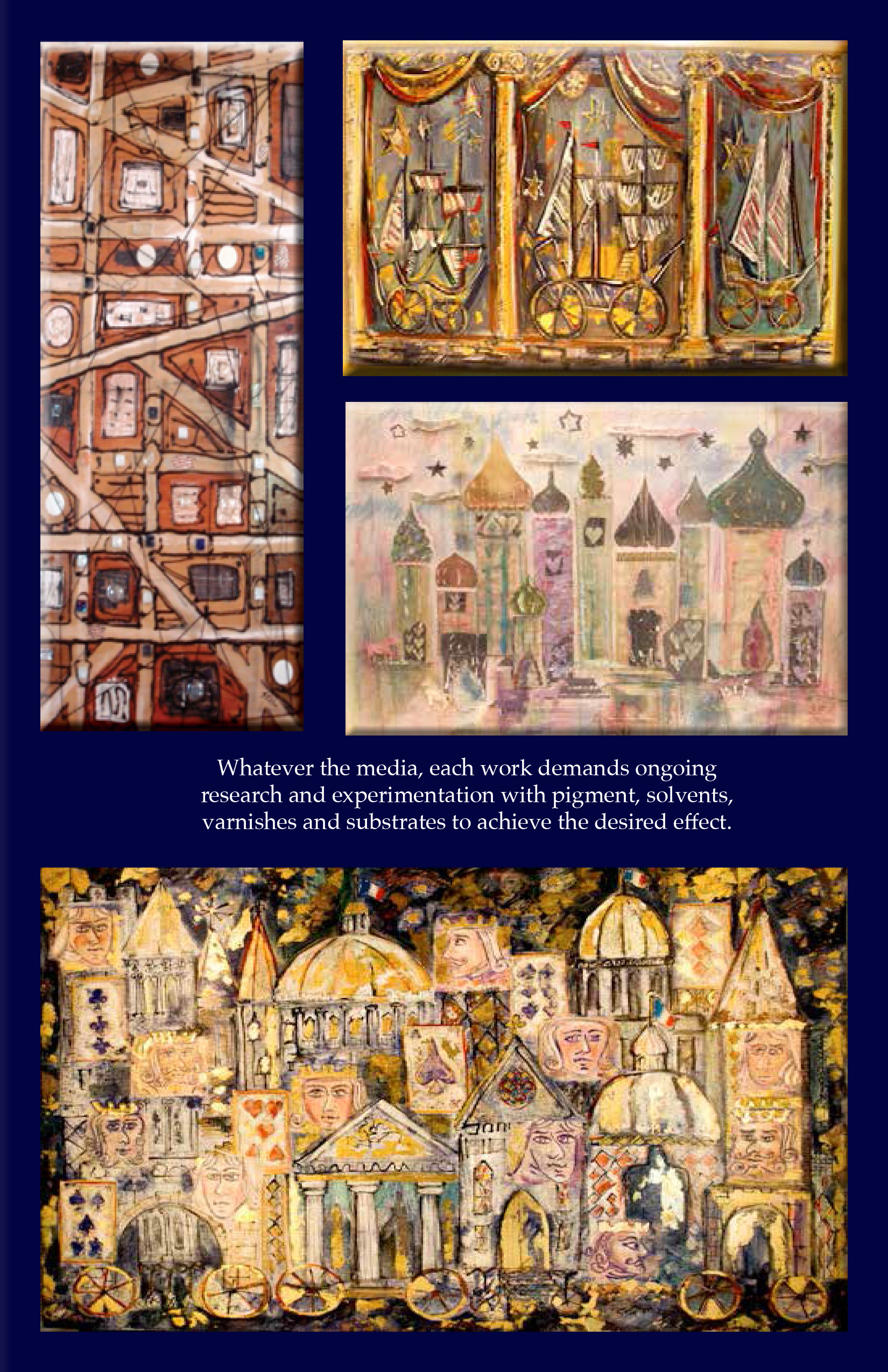 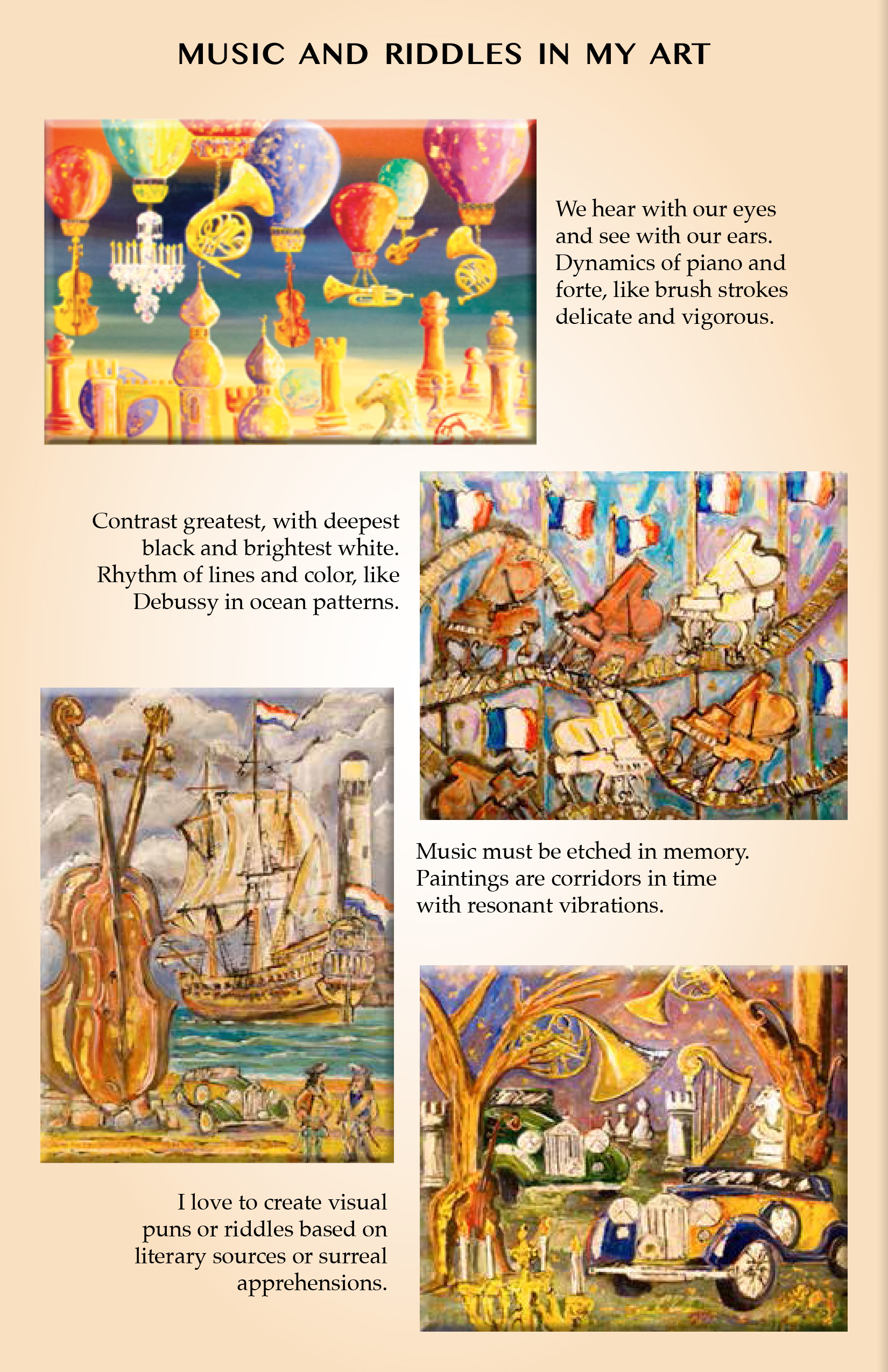 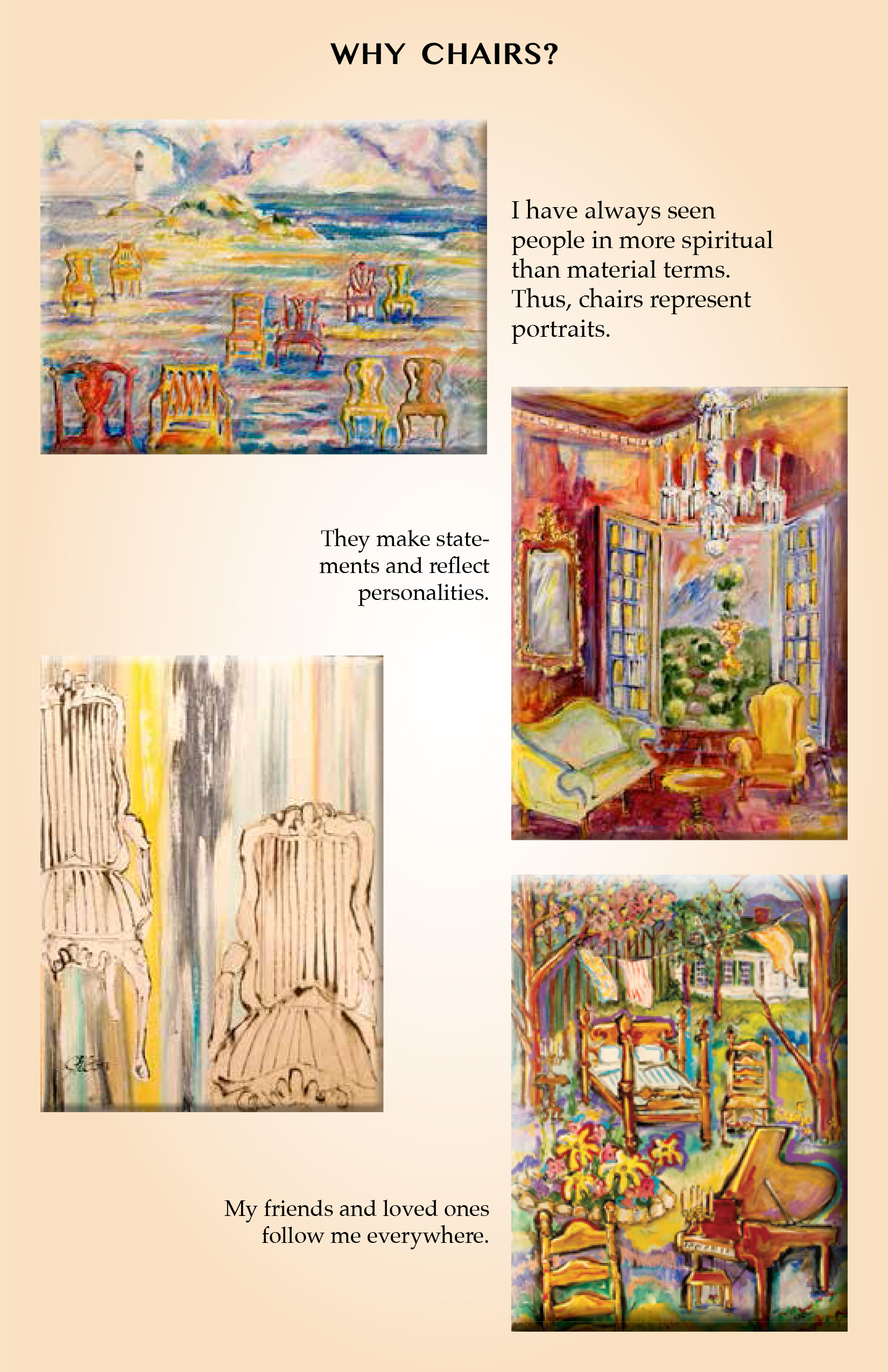 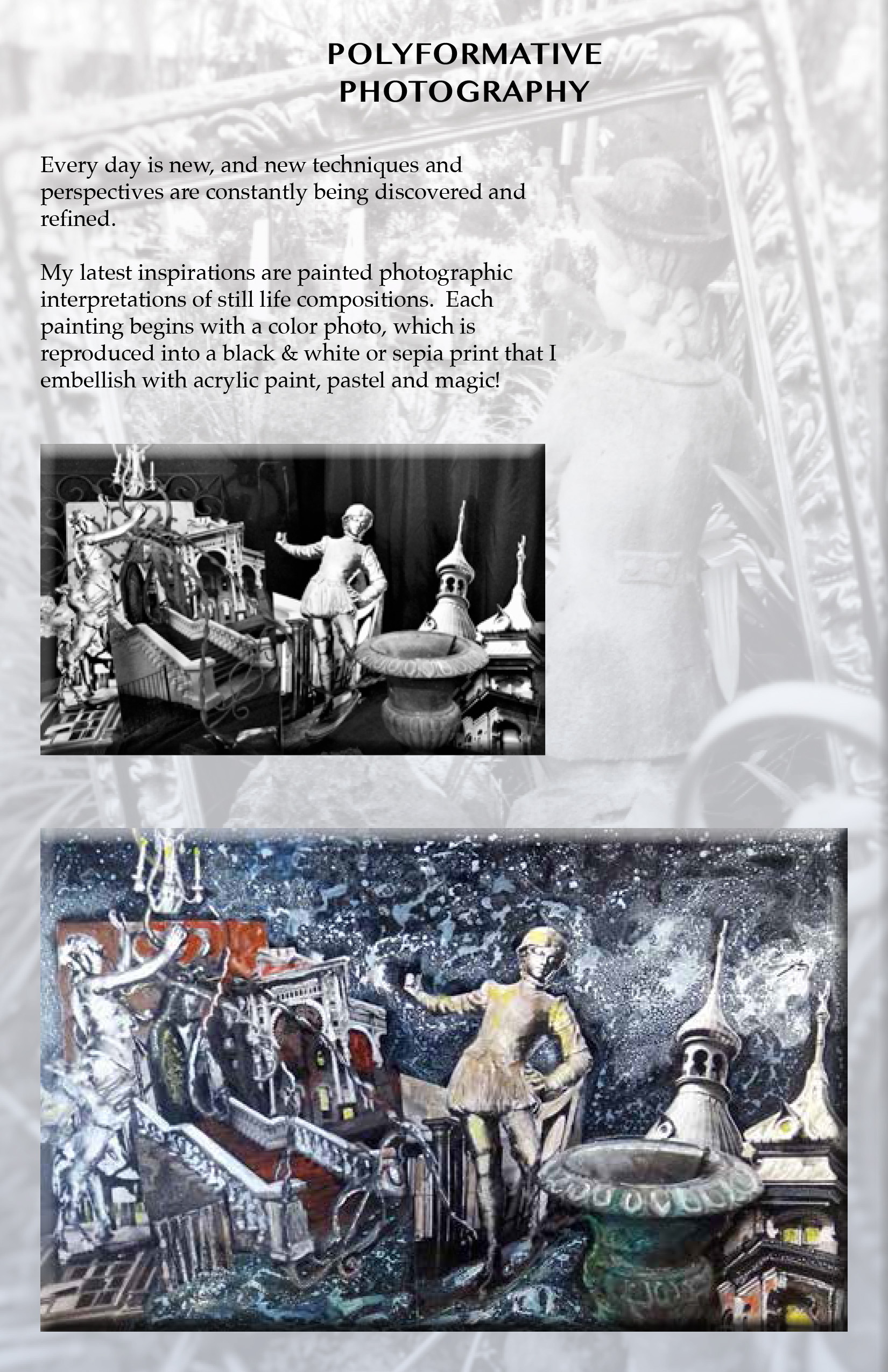 Peter Stilton, a true Renaissance man, is an internationally known artist. He has dabbled in many different subjects and bodies of works in both representational and abstract styles. His Tampa studio embraces him from ceiling to floor with his paintings, antique settees, chairs, tables, carvings, sculptures, toys, oriental rugs, and much more. From his inspiring religious-themed paintings to his whimsical presentations of daily family life, all of Peter’s art work is loved and cherished in many cultures around the world.

Love of life. Love of light. Opening unto sea and sky. …He wants to bring joy to the Art “Amateur” and doesn’t want to use it as a way to question oneself on humanity’s sad condition. …Stilton distillates happiness, a happiness without any pretension but which does not lack fervor and enthusiasm. It is a Florida ray of sun exploding into our stiff world. Thanks Peter Stilton for this superb exhibition. I am sure that the Parisians will come and warm themselves with the glowing colors of your paintings. read more. Charles Tanguy

In 2000 the Museum of Fine Arts in Springfield, MA, purchased one of Peter Stilton’s “Chair” paintings for its permanent collection.

In 1998, Peter Stilton was the first American to have a one-man show at the Sorbonne (University of Paris). Later that year, one of his paintings depicting Paris was selected to hang in the office of the Mayor of Paris as part of the permanent collection of the Mayor of Paris in the historic Hotel de Ville.

His paintings and sculptures are in private and corporate collections all over the world…from Tel Aviv to Stockholm, including a commission for the Saudi royal family’s summer palace.

Peter has had more than three dozen one-man exhibitions of his work, including four in Paris. He was the subject of a feature story on WUSF radio in 1996, and was selected as an artist in residence for an arts magnet school in Greenville, South Carolina in 1997.

His museum classes have included an art appreciation class at the Polk Museum of Art in Lakeland for the Board of Trustees and a creative workshop for the Tampa Museum of Art.
In addition to private instruction, he has given professional lectures and demonstrations for the:

Other topics of lectures for churches, civic groups and museums include:

University of California, Los Angeles
Master of Arts, History of Art, 1966-1968
Master’s Thesis: The Apse Mosaic of Hosios David, Salonika (discovery of the earliest symbols of the four evangelists in Christian art).

1979 – 1982 , Assistant Professor, Coordinator of Art and Photography Program Eisenhower College of the Rochester Institute of Technology (For a brief time, Eisenhower became the 10th college of RIT) World Studies curriculum, media and design, aesthetics of photography. Activities during this period centered around directing, implementing, hiring, and teaching in a program for a freshman “feed-in ” program for the main campus’ internationally known School of Photography. It included raising funds, building darkroom facilities. etc. The program constituted one-third of the student body.

Talks and Lectures for church, museum and civic groups on the following topics: