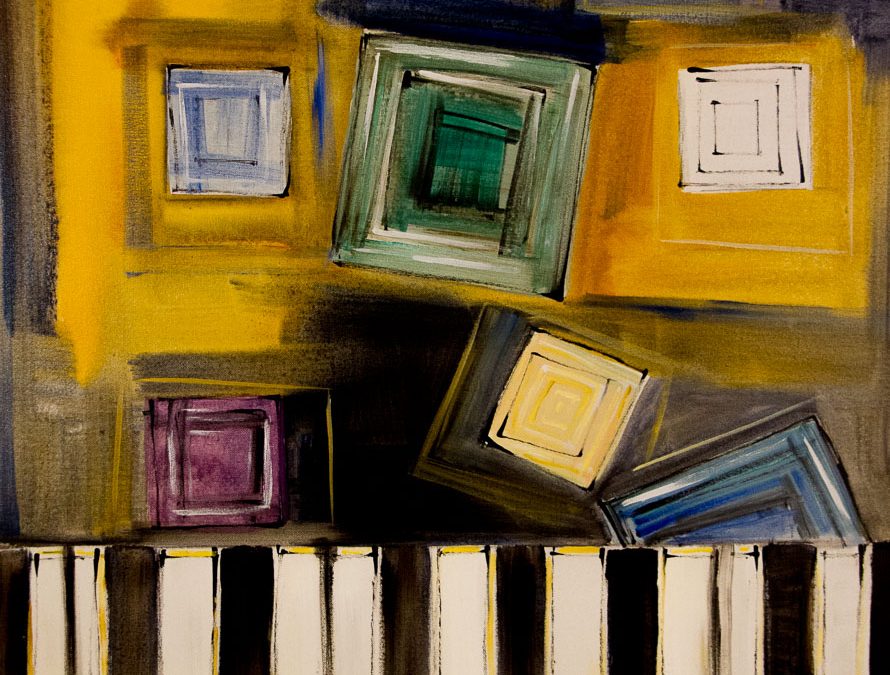 Fingers have had many adjectives applied to them. Examples would include itchy, pointing, and so on.

But my fingers decided to go on strike. Instead, I have been listening to Mind for direction to improvising my own musical compositions. So far I have heard a new world of notes that are so individual and recognizable that almost defies comprehension. It started with several hundred hymns from our hymnal for my inspiration. My favorite is “Nearer My God to Thee.”

What emerged began with one sharp, F, then rolling chords, changing rhythms, dramatic changes in tempo and sound dynamics, abrupt switches from major to minor (thank you, Mr. Bach!) and so forth. It was a new world!  It worked wonderfully on the piano, and took me out of this world into heaven on the 100 year old pipe organ at the church. It was Life itself, like a multi dimensional prism of praise and glory!  And infinite besides!

Then, like Lot’s wife, I turned back with dire consequences. Was this just ‘playing’ or “fooling around”? Had I really learned something of the huge significance that I was enjoying so much?

I pulled out some old music that was mine way back, or someone else’s, and tried to play some simple(?) pieces by Bach, Mozart, Haydn, Schubert, and even Stravinsky. They were as mad as I was !!! Doing the same things I was doing! In their way!

So I noticed that it didn’t matter what THEY wrote…MY fingers just changed it with great verve and creativity.  It was automatic. It was rhythm and patterns, and what notes were being played seemed irrelevant. Hand crossed over hand to give color using both ends of the keyboard spectrum, especially those crystalline high notes that shone like the glittering prisms of the chandelier above, moving like the falling snowflakes up north, or falling leaves down south. Buoyed, floating, circling, ascending, falling, all in delightful discovery and newness.

In irreverent disbelief, I played on!  Bach and Schubert revisited in ways that they would never recognize! It was like painting really. All new!  All exciting and fresh!

Then I went back to “Nearer my God to thee.” Twenty minutes later, I had lived in that hymn, tasted its eloquence and grandeur, its peace and its strength, its reflection of infinite Soul, and I decided that indeed I had entered into what the ancients called “the music of the spheres.”