Jack Frost Throws a Monkey Wrench into my Life 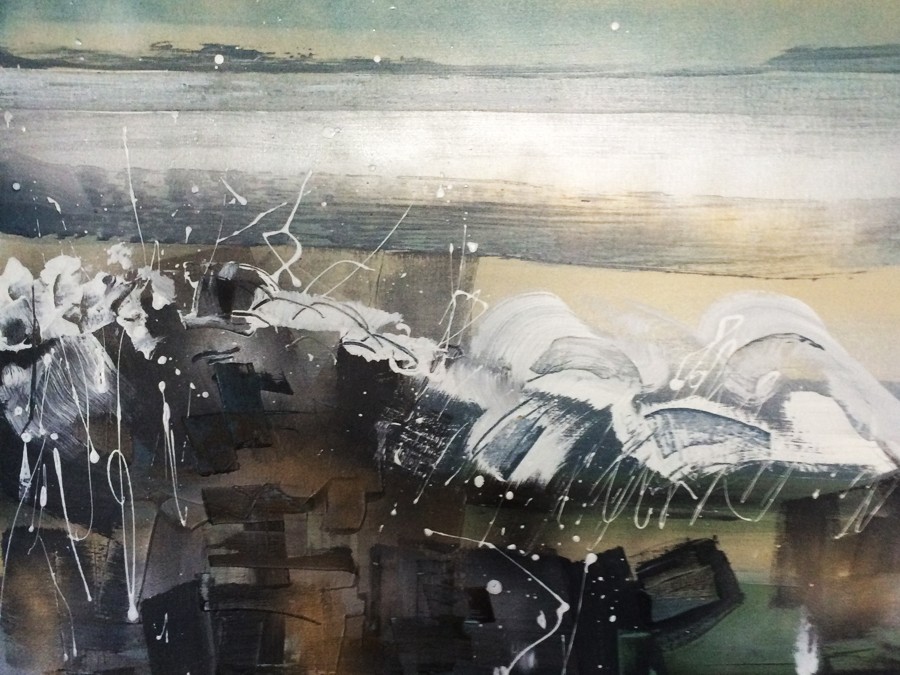 O.K.  I have waited for several years to spend the months of September and October up here in Maine. Even during the years when we could travel wherever and whenever we wanted to, we only had a few weeks.

But now I’m wondering how to “fast backward” or push “pause.”  As the weather turned precipitously colder (from an unusually warm summer), I had to think about long pants and jackets. Oh no; I have always said life is only worth living if you can wear shorts. Let’s see…move fast, that helps. But, in the end the only thing that really warms the heart and soul is not hot chocolate (use Drost cocoa…it’s the best), but a good wood fire.

Thankfully, most of the exterior shutters and front door have been painted the most wonderful blue (see previous posts), but today I even painted two interior doors that same blue. That was after I laboriously pulled sod up for a tiny garden area out front to put in the last hurrah of “pinky winky” hyderangeas and assorted day lilies–hey, it was still warm, sunny, and “summah.” And the porch decking and steps rejoiced in a wonderful sea green vesture.

Suddenly, without any warning, the scene shifted to high winds, no sun, and rain. No, not torrential, as in Florida, but persistent and invasive, discovering a tiny space at the base of one chimney and in the barn roof, as well as the carpet in the cab of the truck. Waterfalls sprung up at the ocean’s edge at Schoodic point, and the wind is still blowing after 5 days. But the sun is sparkling, joyous, and brilliant today…although their is a “nip” in the air most assuredly. 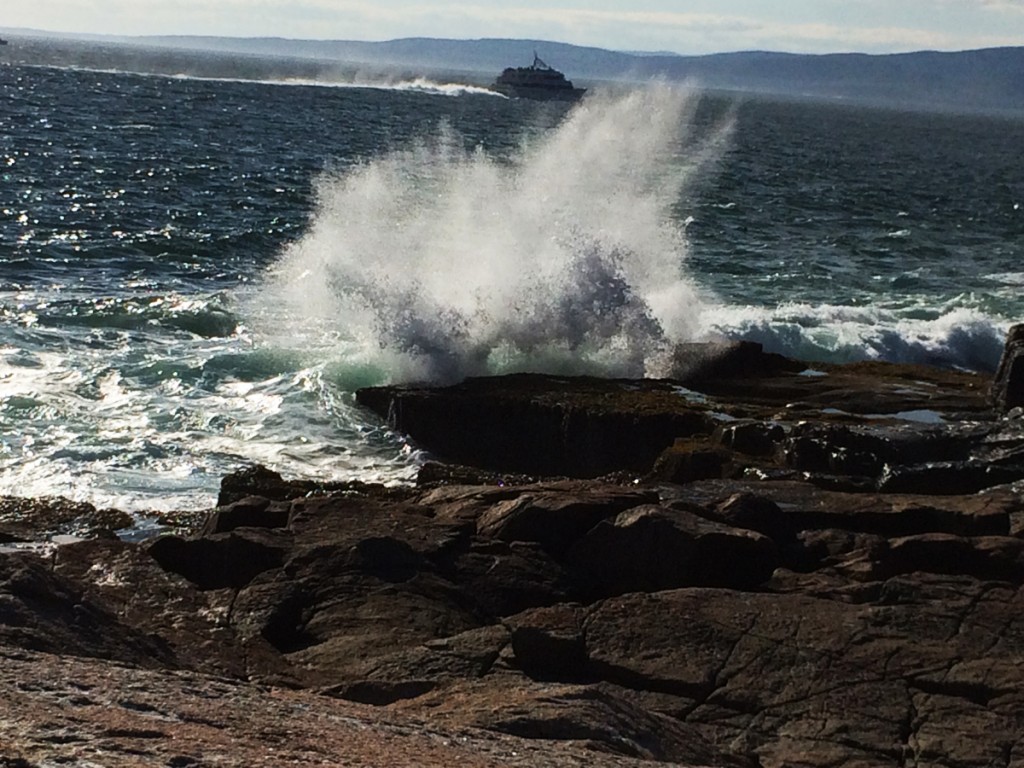 But here’s the dramatic twist: the surf at the Point has become a spectacle to rival the movie machinations of Cecil B. deMille. I don’t know how high the waves were yesterday before sunset, but I have never seen anything like it, anywhere, ever. And I found a “balcony seat” perched on the granite rocks overlooking a veritable canyon that is probably about 40 feet deep or more, a proscenium arch staging the sea in all its unmitigated, mighty glory and power. I have been studying this for days now, and it is not to do with the hurricane way to our south, but to some high pressure phenomenon which I cannot meteorologically comprehend. But here’s the deal. While we are enveloped in shrouds of slate greys and charcoal, the huge waves reveal a an emerald radiance of molten crystal before shattering and flinging white foam a hundred feet or more onto the dark rocks. The waterfalls that are created send water back to the sea as quickly as possible, and I watch the way in which this occurs, fascinated.

When I use the camera, my fingers feel almost frozen, and I have to wipe the camera lens with some paper towel found in a pants pocket. Yes, I use the heated seat option driving home, and yes, I light the kitchen woodstove kindling to ensure a really good fire within 15 minutes (learned from all the summers up here when a cast iron woodstove was our only source of heat for cooking and warmth in the summer mornings). 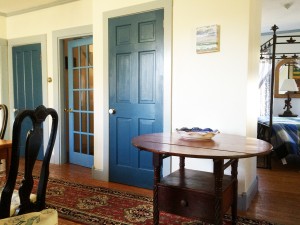 And I had to come back to “blue.”  I had tried the sea green paint on the front door a few days ago…”quell disaster!”  The neighbors and I were “unanimous” that it was the wrong choice. So I went back to that $70.00 a gallon paint that I had used when it was hotter than blazes a month ago. Well, it worked.  In fact, it transformed the front hall. The old homely door, patched with caulk, became a patrician of doors. How could a “color” change something altogether ugly to something so impressive?

That was before the weather change. Indeed, Jack Frost started making nightly visits to our area. It started in the swampy places, and now was spreading to the roadsides. Oh no!  Not so fast, Jack…I’m still figuring out my palette for my new down east series!  Don’t throw reds, oranges, and glowing yellows at me yet…please!!!

It has thrown me into an esthetic dither. I woke up this morning, and as it was too cold to go out without long pants, I chose to stay inside and  paint the two doors in the living area the “outside” blue color. Mozart’s “Missa Brevis” was my musical background. The first coat, I knew would leave striations that would require a second coat, but even at that a miracle had occurred! That blue brought a richness and grandness to the rooms.  Maybe it is something 18th century, the rococo of Mozart, Boucher, sea foam arabesques… I don’t really know. Even the first coat looks great!

Now, listen Jack. I am using blue in my paintings, and in the house. I’m happy with the Schoodic peninsula palette. What’s the hurry?  You mean I’ve got to put on long pants to go out today, and see what you’ve done already?  For a kid that grew up in the northeast and has spent most of his life in California and Florida, that’s like putting on a suit of armor for jousting. Just try getting into a Hyundai Sonata and driving all geared up like that.  I will admit yesterday I tried to dress up as a “lobster buoy.”  I had a black and red striped shirt, a sweater over that in cream with an orange stripe, and a yellow Nautica jacket (yeah, and orange and olive shorts…long ones). No one caught on. Maybe Jack has already gotten to them, and they don’t realize that I’m trying to stem the tide. But then, that’s the seasons for you…just the way Vivaldi painted it in music: there’s no stopping Mother Nature.

Guess I’d better get to work ASAP.  With Jack running around here, I may have to head back to my studio in Florida and finish the work there, before he leaves and the world goes white with ice and snow!