What is the Inspiration for Painting a Garden? 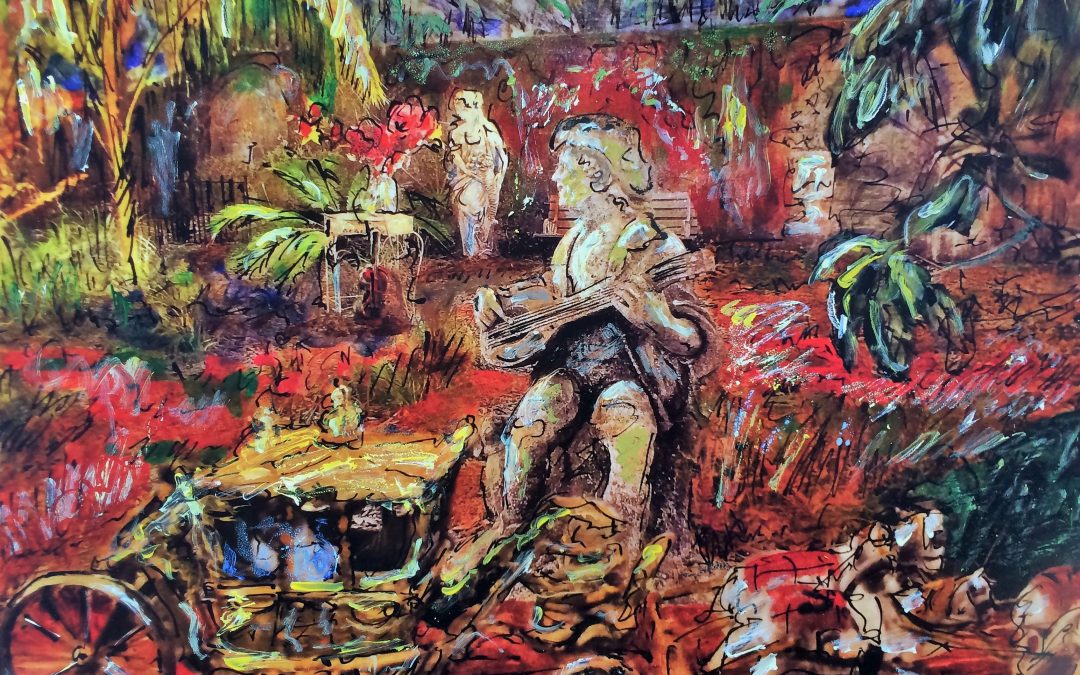 Lewis Carroll’s Alice ends up on and in a chessboard, making a journey as a pawn to become a queen at the far end. At one point she sees the palace gardeners painting the white roses red, to please the Red Queen. So my question is, “why paint a garden at all?” Pause. Think about it for at least a minute.

Now I will give you my answer. The garden doesn’t actually exist!

Well, that doesn’t seem to make sense. After all, much work goes into designing, planting, maintaining this small plot of land. Wait. Isn’t there something about biblical Adam tilling the soil after the serpent and eating the tree of knowledge fruit?  We see in the first chapter of Genesis a complete divine creation by fiat. And yet Adam is created from dust in a subsequent second narrative. This is where toil and sorrow seem to emanate.

So let’s back up for a second, and examine the first narrative, where the universe in general terms and specifics exists as…”ideas” with no material creation.  Plato ponders this narrative in The Republic. In his “Allegory of the Cave” he describes prisoners in a cave who only see shadows on the stone wall in front of them—shadows cast be action between them and a fire light source. Eventually, of loosed, these humans will come out of the cave, blinded by the intense natural light.

Thinking about all this, let’s assume that the garden in fact exists as an idea, which material human sense sees in various individual reflections of the infinite idea of garden. And of course there are so many! Formal European gardens of the renaissance and baroque, the informal “jardin anglaise” of the late rococo period, Japanese gardens that express that culture’s sense of Soul, etc.

But like Monet, I want to refer at this point to MY garden in Tampa, Florida. It’s a living, evolving, changing place with a structure modeled on the Elizabethan Gardens in Manteo, North Carolina. The boxwood topiary have not all survived the flooding and the Great Danes. Volunteer plants from seeds dropped by birds and other sources have come and gone. Annuals make an appearance for the “cooler” months in pots that can be taken inside or covered at temperatures below 45 degrees Fahrenheit. There is little light in the two months on either side of the winter solstice due to the low arc of the sun and short days.

The camera is very tricky in capturing what I see. Our eyes move constantly, making mental connections with what we know and what we tend to focus on. We see nice rounded boxwood creating an undulating rhythm. The camera generically and systematically reveals all the “holes” and imperfections that detract from our perception of order. So this is where the art of the painter comes in with individual perception and skill. So color (palette), contrast, mathematical and atmospheric perspective, line, composition, and technique all become part of the vision. It is my vision when I paint…no one else’s. In that sense it is entirely subjective. And for that I must go back to the “idea” of the garden, not just what I seem to see. This is where the “picturesque” comes to the fore. In some respects, the painting has nothing to do with what I actually see optically, but what I want to see, and what inspires me to love sharing this with others.

Well, it’s like looking into a kaleidoscope in a way, isn’t it?  No two individuals would paint the garden the same way. Nor would I paint it the same way today, as opposed to last week, last month, last year.  Why?  The perception of the idea continues to evolve in terms of the “idea” after all. And since that is based on Infinity, there is no beginning or end of it. So it’s not “performance art” like theatre or opera, but as the idea is investigated, cherished, and enlarged, different aspects are revealed. 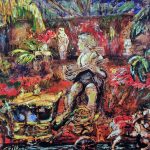 Let me know what you think of this recent polyformative image and the painting close to the winter solstice in the garden. 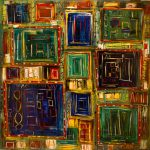 Which perspective best captures the mystery and magic of that time of year in the northern hemisphere?